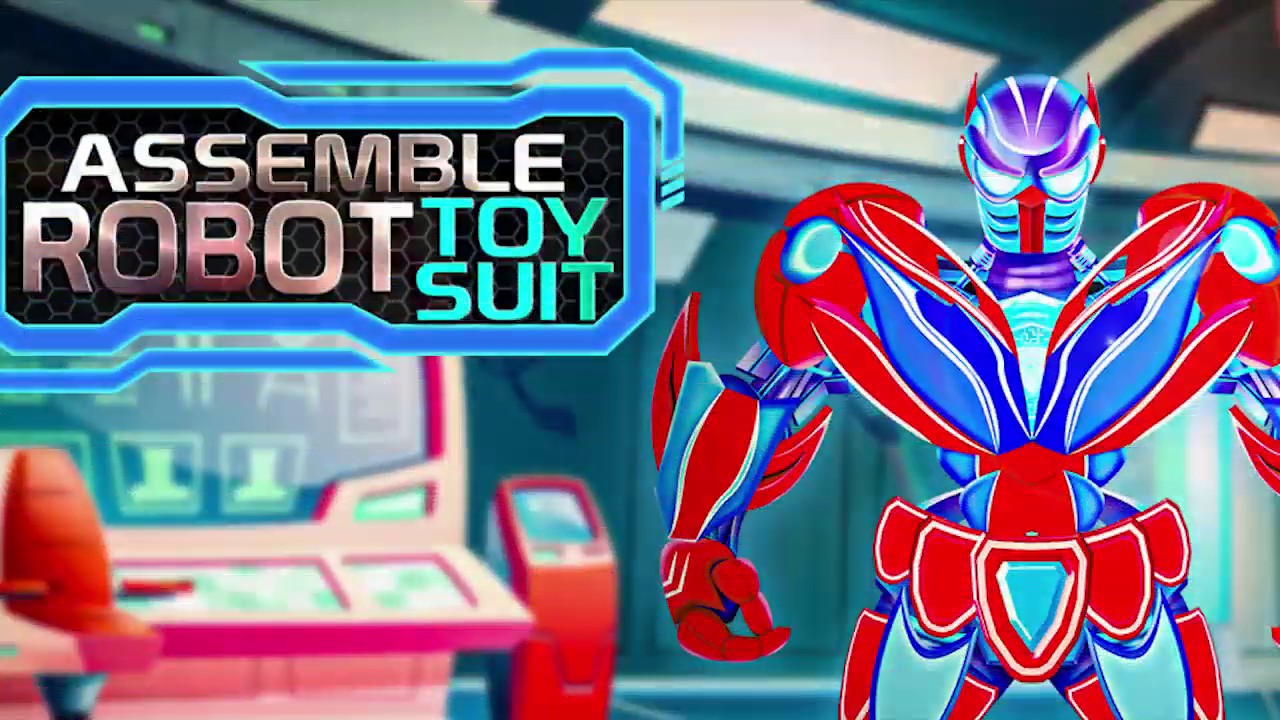 If you are a crazy robot fan then this is the best robot toy suit game for you! If you love super robots and are obsessed with his robot suit then Assemble Robot Toy Suit game is perfect for you! You can design and build awesome robot suits and become the most amazing robot toy suit designer in town! At first you would have to build the body of the tough robot hero. Once you are done with it, you will be promoted to stage two. There you would have to assemble the robot bodysuit parts. You will be given easy instructions to teach you how to assemble the robot costume. There is going to be a clock on the top left side of your screen. It will be noting how quick you assemble the robot toy suit body parts.

The awesome Assemble Warrior Robot strong Toy Suit is an amazing game for time pass. If you are having trouble passing time and want to do something entertaining to do then this is the best game for you. Iron Robot toy suit has really amazing 3D visuals and graphics. The powerful 3D environment will make you feel like a real robot hero toy suit designer. The empowering sound effects will pump you up and put you in the robot iron suit assembling mood. Assemble the solid robot toy suit parts as soon as you can in the shortest time. Do your best and when you are done, you can take a screenshot of your robot and post it on social media or just take a picture and save it. Constructing an ideal Robot toy suit was never this easy! So, try assembling your Iron robot hero toy suit now and have fun!